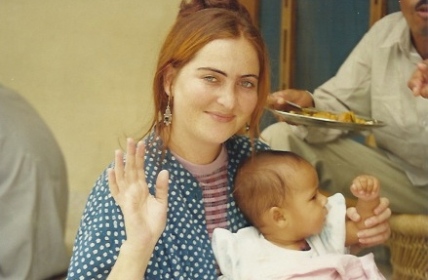 Tiffany Wallace had come to stay.  She was an incredible ceramicist and wanted to help us set up a project we called “Jayanti Crafts.” We figured it would be a way to generate some finances for the community.  We were also hoping it would give the trainees a way to earn money when they went to start their own communities one day. 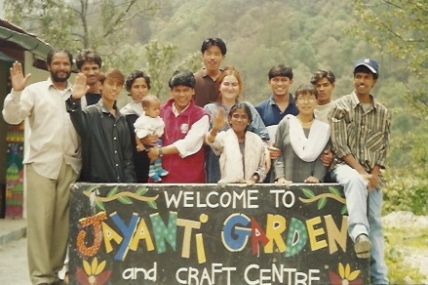 Uncle and Aunty gave us two of their rooms and a little courtyard on rent.  It was perfect.  We got a wheat shredder, which did a great job at shredding newspaper for the paper mache.  Tiffany made moulds out of plaster of paris and taught the trainees to paint the products.  Everything was dried in the sun. 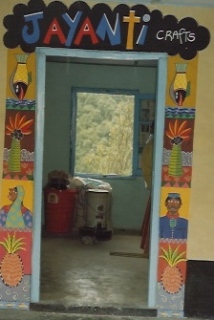 We had devotions and teaching sessions every morning and then off to work.  It was such fun.  There was always singing and laughter coming from the craft centre. 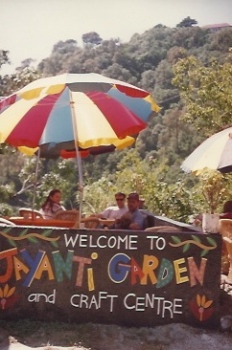 Tony had the idea to start a café on Saturdays.  We called it  “Jayanti Garden.”  Guy Emery had a catering background and he was keen to take it on.  The menu was simple:  sandwiches, rolls, Guy’s cheesecake, brownies and milkshakes.   We got tables and umbrellas and set it up near the craft centre.  Students from Woodstock and The Language School were our main customers.

When we first moved to Dhobi Ghat we wondered if anyone would visit.   We were so far from everything and everyone;  but it didn’t take long for people to find us.    It wasn’t long before there was noise and life.  Everyone was busy.  When the sun set we had concerts and amazing worship times under the stars.   The valley was filled with the sound of singing.

Once again, our house was full and so were our hearts.   Once again, we had found our happy place.