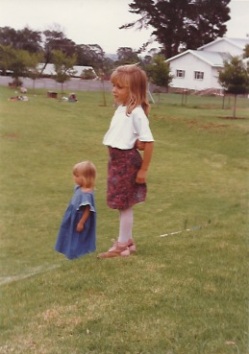 Being in South Africa was strange.  Rig picked us up at the airport and we drove to their place.  The girls weren’t happy being tied down by seat belts, but were still able to look out of the windows.  We asked them what was different.  Ash asked where all the animals were and Zoë wondered why there were no people.

Rig and Sue had moved into a beautiful house on the school property where we used to live.  There was so much space and the girls enjoyed walking across to “Little Lambs” pre-school to play with the kids.  They didn’t remember much about it but Ash recognised a few people. 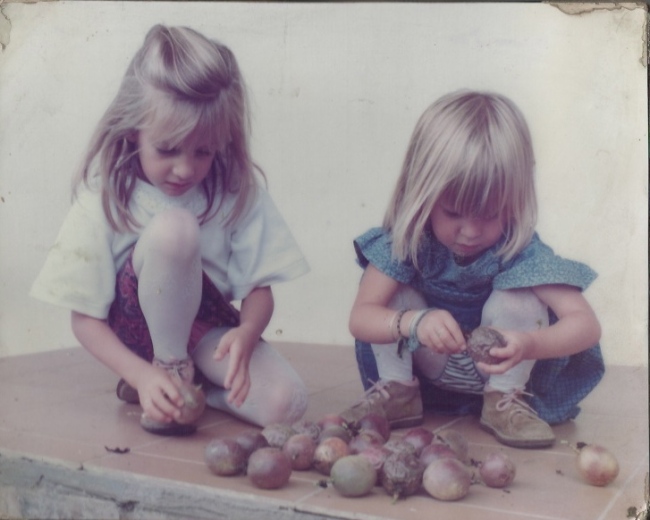 We spent a weekend at Waverley and so much had changed.  We hardly knew anyone and very few had heard about us.  When I stood up to share about our journey to India, I got really emotional.  I suddenly realised that Waverly wasn’t my home church anymore.  It felt more strange than comfortable even though we were looked after so well.

Rig and Sue took us out to a new mall for lunch.  I was so weepy.  I sat and watched and cried my eyes out.  There was so much money everywhere.  So many people carrying so many shopping bags and looking so empty as they did it.  I tried to enjoy my lunch but it got stuck in my throat.  I kept thinking about our family in Mussoorie and how hard life was for them; how little they had and how happy they were with so little.   In that mall were so many who had so much yet seemed so unhappy.

That week Tony and I did some shopping at Pick ‘n Pay.  We were looking for things we needed for our time in South Africa.  We went up and down the aisles and just couldn’t make decisions about anything.  Tony stood in front of the razor section for over ten minutes trying to decided which one he could get blades for in India.  The price was a problem but he knew that if he got a cheapy, he would have to buy another one.  The negotiations went on and on.

I walked up and down and got totally overwhelmed with all the choices.  I cried walking past the toilet paper section.  There were so many types, colours, designs, embossed and even perfumed.  My thought was, “No butt deserves such pampering.”  I couldn’t get myself to walk down the pet food aisle.  That just finished me off.

My innards were struggling with everything.  I was trying not to be judgemental or critical but I was very aware that those things were in me.   I had seen such poverty and had almost forgotten how the other half lived.  Being back in it was hard.

That was just the beginning of our time in South Africa.  We were heading to Durban, Margate, Southbroom and then back to Johannesburg.   Terry and Leonie offered us the use of a car.  They gave us a choice: BMW or VW.  We chose the VW and were so glad we did.